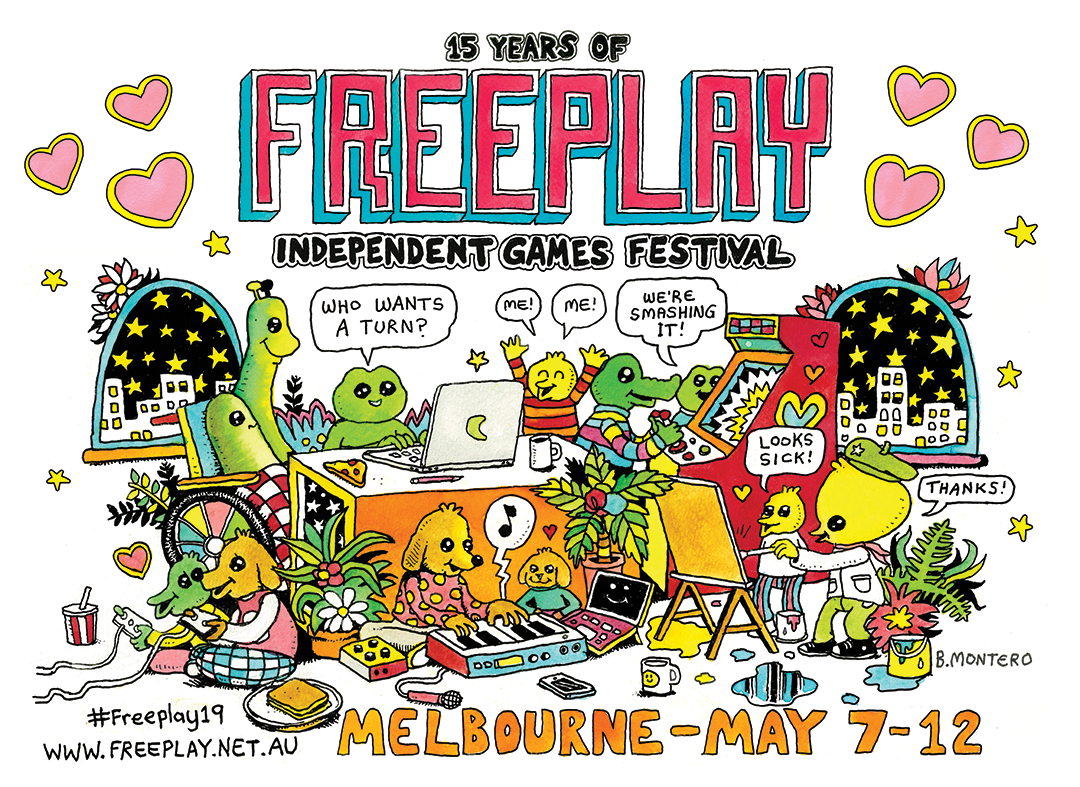 First established in 2004, Freeplay embraces the fringes, spotlights grassroots makers, and acts as a response to and critique of the status quo. We invite artists, designers, coders, writers, players, makers, critics, academics, and students for a celebration of the artistry of independent games & playful culture beyond the mainstream.

Looking for festival submission deadlines?
Have a look at the excellent promoter app calendar.