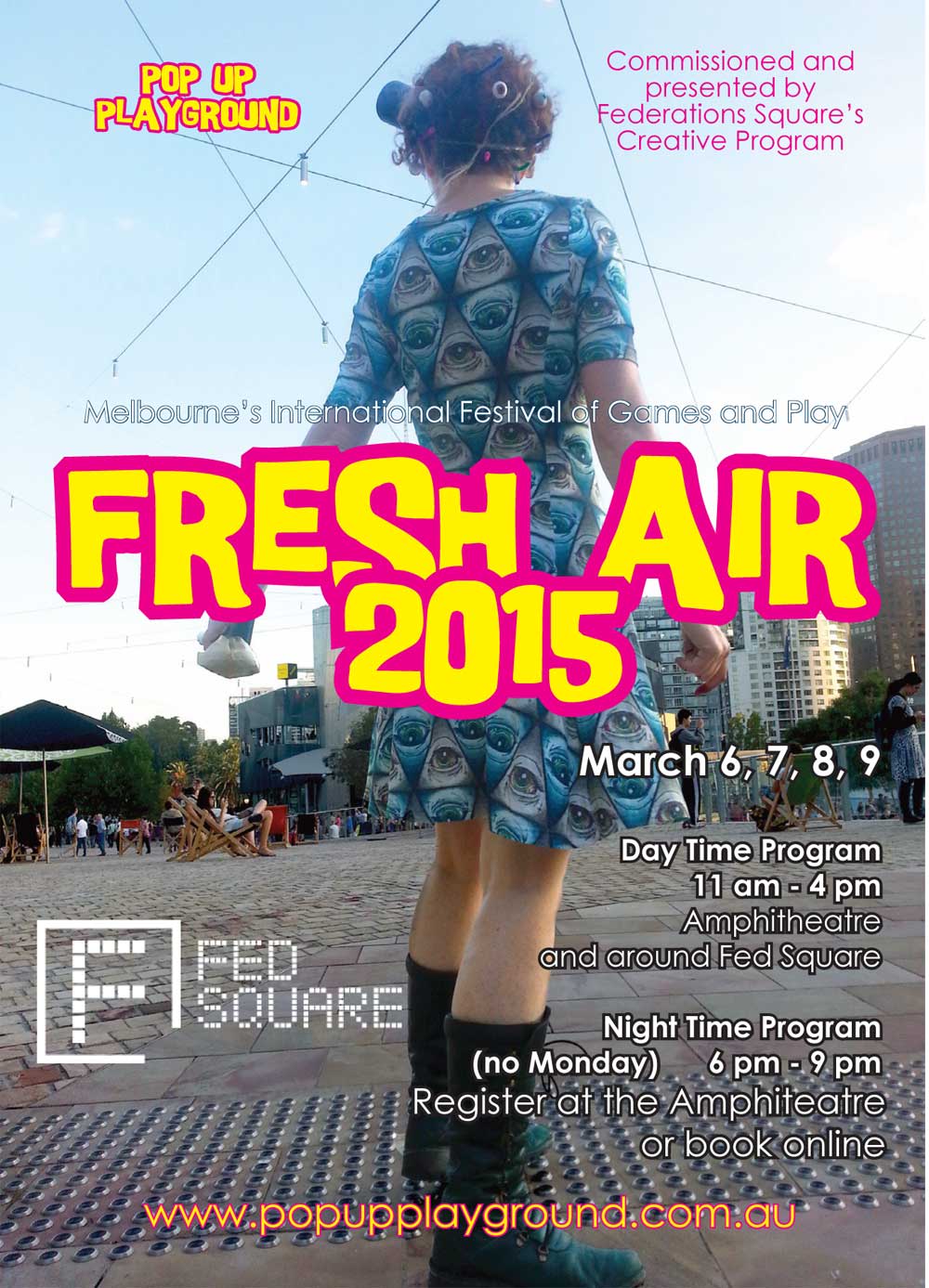 Melbourne’s International Games Festival, Fresh Air, is back for 2015, hosted by Pop Up Playground and commissioned and presented by Federation Square’s Creative Program.

We’ll also be showcasing new works by local designers Christy Dena, Georgia Symons, Kilkenny Games and Snapstone games, alongside some old favourites and some new games by Pop Up Playground and by our old friends at Coney, Hide and Seek and Slingshot.

We’ll be playing street games in St Pauls Court and the Amphitheatre at Federation Square from 11 am to 4pm friday to monday. The Night time program starts at 6 – and runs til 9.00.

Looking for festival submission deadlines?
Have a look at the excellent promoter app calendar.