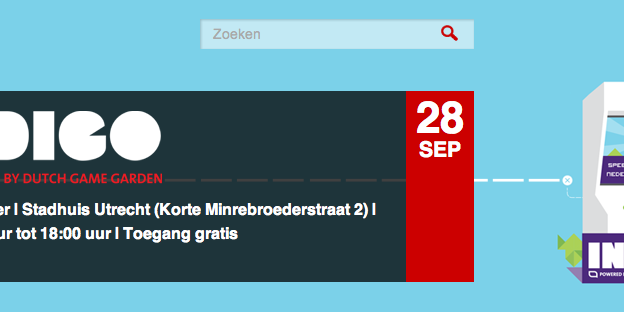 28 September saw the fourth edition of the annual INDIGO showcase by Dutch Game Garden. The event showcases the best and latest games made in the Netherlands. Each year it gives a lovely overview of what has been made by students and professionals alike.

The first edition of INDIGO took place in 2010, initiated by Sjors Houkes and me back when we were working for Dutch Game Garden. Now 4 years later it spawned several showcases at different conferences and festivals, such as GDC SF, GDC Europe and Festival of Games.

I visited the VIP opening night on Friday and got to see some of my (former) students’ work. GGJ13 games and work from friends, colleagues and other amazing teams and people. Have a look at some vines I made: